Knowing Wantoe Aroused My Curiosity About the Founding of Liberia

By Carol De Angelo, SC, Director of Office of Peace, Justice and Integrity of Creation As I read The 1619 Project (The New York Times, 2019) the section on the founding of Liberia had a personal significance because of my connection with Wantoe Teah Wantoe whom I first met when he arrived from Liberia four years ago for […]
Comments (0)


By Carol De Angelo, SC, Director of Office of Peace, Justice and Integrity of Creation

As I read The 1619 Project (The New York Times, 2019) the section on the founding of Liberia had a personal significance because of my connection with Wantoe Teah Wantoe whom I first met when he arrived from Liberia four years ago for his freshman year at the College of Mount Saint Vincent. As the Sisters of Charity Federation NGO Youth Representative and a member of the Model UN Club, Wantoe, during his four years in college, engaged in college and UN activities, while staying committed to his people and home country. He and other Liberian young adult leaders, in Africa and in the diaspora, are involved in leadership development and responsive to the health and educational needs of children, women and families in Liberia. Because of Wantoe, I became aware of Liberians and conscious of their current needs.

So, as I was reading the section on Liberia in The 1619 Project, I was moved, in many ways. My immediate thought was that Wantoe’s history, his forefathers’ and foremothers’ history, and my own history as a U.S. citizen are connected and interwoven in a way that I had forgotten and, in fact, never really understood.

On page 225 in The 1619 Project it reads, “In 1822, just one year after Congress allowed a ban on Black migration to Missouri, the ASC (American Colonization Society) established the West African colony of Liberia. Promising migrants economic independence, political autonomy, and citizenship, the society outfitted ships, organized expeditions, and did all it could to encourage Black people to leave the United States.”

My curiosity was aroused in reading the above sentence. I want to know more of our own U.S. history and of Liberia’s. In an earlier paragraph I read that the American Colonization Society, founded in 1816, was committed to preserving the United States as a white man’s country by ensuring that Black Americans would not become citizens. And that as Liberia was being established, more U.S. state legislators were working with the ACS proposing new restrictive Black laws.

What am I curious about as it relates to Liberia? Who was living on the land that became Liberia? What was it like for Blacks from America to come to a new country, to leave their home, loved ones, and begin anew? How do they see themselves today in relation to the United States? To U.S. citizens? Have they left that part of their history behind, having faced their own Civil War and deadly diseases like Ebola with many children orphaned.

The Leadership Conference of Women Religious (LCWR) has called women religious to examine our personal and Congregation attitudes and actions towards racism. Through rigorous research of archival material and interviews, Dr. Shannen Dee Williams, author of the recently published book, Subversive Habits: Black Catholic Nuns in the Long African American Freedom Struggle, uncovers stories previously hidden. I was privileged to be on a webinar with the author who shared some of her research. It is an eye opener as we learn more of U.S. Catholicism and women religious congregations in the U.S., including my own, who showed bias, prejudice and succumbed to racist ways of thinking and acting.

As a Sister of Charity, I am called to hear the stories, to listen and learn more, and to say no to racist laws, policies and practices, and, to say yes to equity, inclusion, justice. As a member of the Sisters of Charity of New York Voting & Anti-Racism Committee, I wonder how Wantoe and his Liberian story might enrich Committee members and the Congregation and if / how his story connects with The 1619 Project! 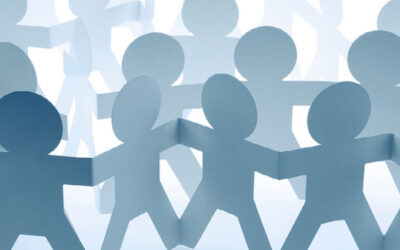 Spirituality of Advocacy in Action: Inspiration from a Young Adult

By Sr. Carol De Angelo The Office of Peace, Justice and Integrity of Creation is blessed to have Sisters, Associates, and Colleagues volunteer with them on committees and initiatives. Jennifer (Jenn) Puac is a young adult who has volunteered in many capacities over... 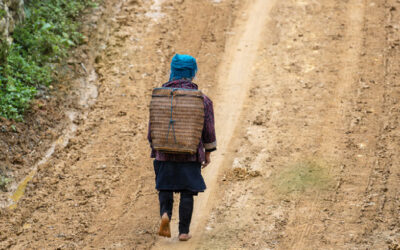 By Bill Hurley, Associate An American Catholic sitting in a pew at Mass one Sunday, heard his pastor preach a homily on the Good Samaritan. Upon leaving Church he asked his priest “Who is my Neighbor?” What follows is a reply, a story I would hope would be preached to... 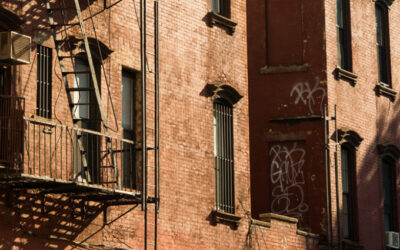 By Sr. Carol De Angelo The referral came through a family health agency. A 16-year-old pregnant mother had nowhere to live. Her mother had thrown her out of the house since she would be a bad influence on the other siblings. As Director of a New York Foundling...