A Reflection from the Archives: Sr. Regina Mary Elwell’s ‘Conversion’

by Elizabeth Vermaelen, SC From FOCUS, the internal newsletter of Sisters of Charity Center As a volunteer assistant in the Community’s archives, I am reviewing the individual folders of our deceased Sisters for a documentation project. It has been a privilege to learn about the Sisters who preceded my entrance, and to gain further insight […]
Comments (1)


From FOCUS, the internal newsletter of Sisters of Charity Center

As a volunteer assistant in the Community’s archives, I am reviewing the individual folders of our deceased Sisters for a documentation project. It has been a privilege to learn about the Sisters who preceded my entrance, and to gain further insight into the lives of Sisters that I have lived and worked with during my teaching ministries.

During my first mission at St. Francis Xavier, 1954-1961, I lived at Holy Cross Convent where I met Sr. Regina Mary Elwell, the school’s librarian. The Convent was a full house, as Sisters from Holy Cross Academy, St. Francis Xavier and St. Bernard’s also resided there. I did not know Sr. Regina Mary well at the time, but I have been reintroduced to her by reading her personal recollections included in her file at the Archives. I discovered a treasure there!

Lottie Elwell was a British citizen of Anglican faith, born in Canada, March 14, 1907. After her family moved to New York during her teenage years, she attended the College of Mount Saint Vincent. Lottie experienced a discernment similar to Elizabeth Seton’s, in her struggle to decide whether the Anglican church or the Roman church was “right.” During this time, she consulted with an Anglican priest and a Catholic priest, and each knew of the other’s meetings with her. She documented the nature of her indecision:

“My conversion was not, as might be supposed, the result of an attraction to the Catholic Religion. The attraction came afterwards and was only an intellectual one. Until the very day on which I was privileged to become a part of Christ’s mystical body, I fought desperately against it. That which drove me on and made me take the final step was the firm mental conviction, unwelcome yet overwhelmingly persistent, that the Catholic Church is right.”

Lottie approached this challenge with vigor and enthusiasm, never dreaming that the results would change the course of her life:

“Within a few months I was in a state of honest doubt, and my soul was in a turmoil. My faith in the Anglican Church was severely shaken and the fallibility of the Roman Church seemed more evident than ever. The errors in her teachings loomed large. The ground went from under me, as it were, and for a time, I was in almost utter darkness… I used the expression ‘almost utter darkness’ because, through that long period of gloom there was one distinct ray of light which grew brighter as the gloom became heavier. It was the constant companionship of the Holy Spirit. He went with me to every book, every conference, every sermon I attended. He prayer in me, with me, to God the Father. He held me up, filled me with hope, and was my Comfort when perplexities increased. He was my solace when I had nowhere else to go.”

Lottie Elwell believed that it was the Holy Spirit who, toward the end of her struggle, placed in her hands the works of Cardinal Newman. It was the Holy Spirit who enabled her tired mind to wade carefully through Newman’s ‘Development of Christian Doctrine’ and one by one, the seemingly erroneous teachings of the Catholic Church were transformed by this wonderful treatise into positive sublime truths. The gloom dispelled and she was able to see:

“In looking over the Profession of Faith which I would be required to make, I found that it would be necessary for me to renounce not only my former beliefs but also my former Communions…1 was sure beyond doubt that my Beloved Lord had come to me very often in Holy Communion and now I was asked to deny Him — to say like Peter that I know not the Man. Such a thing was impossible, and I spent many an hour …begging the merciful Father in Heaven to tell me what to do.”

“It was the visit of one of the Sisters who suggested that until now Our Lord had satisfied my mind… but now He required one act of faith without any reasoning and that this was it. In a moment, the cloud was lifted and there were no more doubts.” 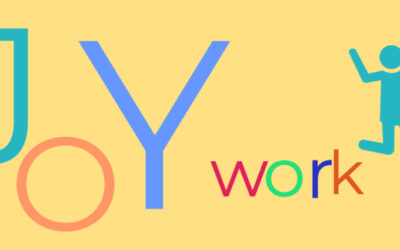 Sr. Regina Bechtle shares reflections about making space for joy in our lives. 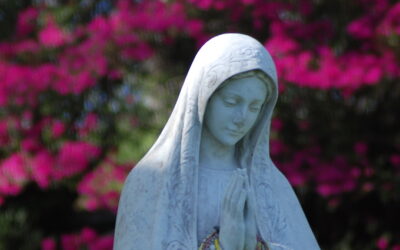 Mary and the Month of May

Every May, for cradle Catholics like me, the smell of lilacs and lilies of the valley evokes memories of May crownings when school children honored Mary, queen of heaven, mother of Jesus and our mother.  As we honor Mary in this month dedicated to her, we also... 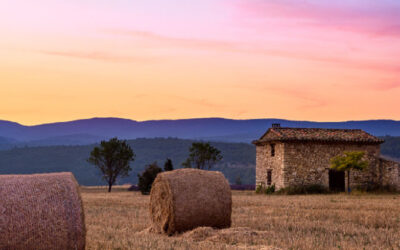 Louise de Marillac zealously pursued the glory of God. Her zeal gave her the energy, often in spite of illness, to travel throughout France encouraging the Daughters of Charity and the Ladies of Charity to serve the poor with respect and compassion.